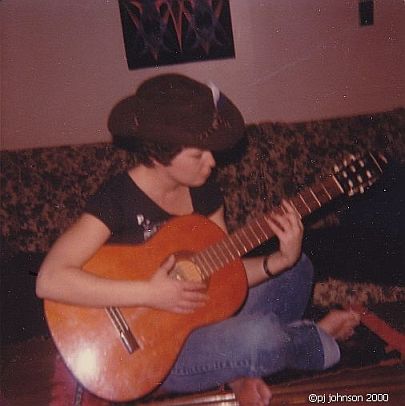 Me and my guitar. It was always about the music

I once drove a semi truck on the Alaska Highway and also did some long-haul.

That's how I got to see California!

With my good bud Peter Gzowski - Host of CBC's "Morningside"

I was honoured to serve as poet laureate at the first PGI Golf Tournament held in The Yukon - Celebrating with C. David Johnson, Ron MacLean, Cynthia Dale, Shelley Ambrose and others.

Actor Roy Ness, me, and director Mike Ivens - cast and crew of my play

"Dance of the Northern Lights"  which premiered in Whitehorse at the

Yukon International Storytelling Festival and later in Ottawa at the

National Gallery of Canada and the Astrolab Theatre

PJ Yukon beside the S.S. Klondike in Whitehorse

Photograph courtesy of Will Webster